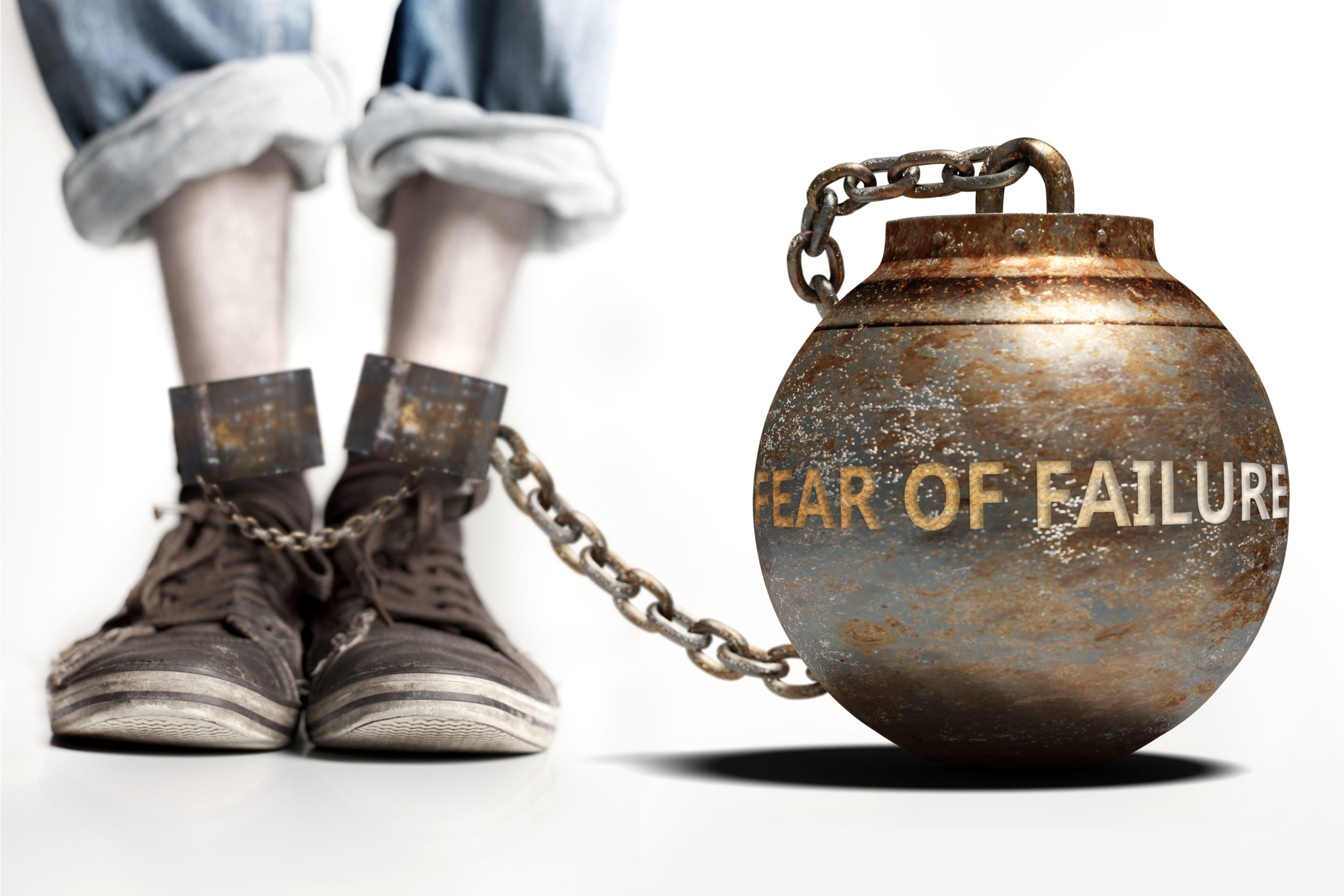 Have the Courage to Fail

“Success is the ability to go from failure to failure without losing your enthusiasm.”
– Winston Churchill

You will fail. You will fail a lot. How’s that for inspiration? I just wanted to get that out of the way, because as harsh as it sounds it really is inspirational in context. If you aren’t failing, you aren’t trying. Period. That said, let’s be clear on something else – you are not a failure because you have failed. Read that again (and again if you must), then commit it to memory.

I will be the first to tell you that I am a fraidy-cat, I live in my comfort zone. I know what I know, and even when I know that I know more, I’m afraid to execute, because maybe – or even worse, most likely, I’ll fail. Here’s the thing, success is not possible without failure. The first step is changing your perception of failure and what it means in your life. Below, I ‘ve listed a few notes about failure from my own perspective (and some from those self-help books I collect), that have helped me along the way.

Now that you know you will fail, and that it’s okay to fail, how do we start failing? I believe that what holds most of us back from even trying is fear. So, let’s talk for a minute about fear. Over the years, I have found inspiration, strength, and courage through my faith. But no matter what you believe, what I’m about to share is truth.

Darkness is a breeding ground for fear. If you want to melt away fear, bring it to light. Here’s what that means. Define your fear, and speak it out loud, tell someone, a trusted friend or family member, or say it out loud alone in your car, in front of the mirror. Just bring it to light. Then watch it wither. Imagine what you could accomplish if you had no fear.

There is an indescribable freedom when we rid ourselves of the fear that keeps us from living and becoming who we are meant to be. I’ve only just begun but have already had a taste of that freedom and I like it. My weight loss journey has turned into so much more than losing, in fact, I’ve gained more than I’ve lost, and I am here now because I’ve failed. The truth is I still struggle every single day in this area, but I will no longer allow failure to scare me away from accomplishing all the big things I know I was meant for. I promise that it will not be easy, but why not make today the day you stop living in fear? Embrace your failures, and don’t stop until you’ve failed your way to success.

← Previous Article Next Article →
Back to Articles

Since I decided to start right where I was at the end of last year, I reset my total lost to zero last week. Today was my first official weigh-in of the year!! I was pleased 😊

Sometimes I want dessert for breakfast, especially on Fridays! A peanut butter berry yogurt bowl was the perfect way to start my (WW) week.

It's fair to say that I spent a good part of 2022 in a funk that spiraled into a complete state of stuck-ness. I felt completely out of alignment.

Stuck-ness was my norm for roughly 30 years, so I know the state all too well--consistently allowing my life circumstances to control my emotions and daily choices tends to put me in a perpetual state of doubt, that leads to paralysis. It's a real growth stunter!!!!

In 2020 I made the decision not to live like that anymore, and I stand by it. I may have lost a little ground last year, but I'm done beating myself up and hiding.

My plan is simple. You might even call it basic...😆

I'm going back to the basics.

It's a new year, and yep, still the same me. But I'm showing up with a renewed commitment in all the areas I got stuck last year (which was kind of all of them) and this time I'm coming armed with enough love and grace to push me through to the finish line.
#weightlossjourney #weightlosswisdom #bigfatskinnywisdom #mywwjourney ...

I'm officially obsessed with my protein hot chocolate creations. They are super satisfying for that evening sweet tooth. AND a total calorie and point bargain!

Fairlife Nutrition Plan protein shakes are my personal favorite, so that's what I use for them but you can use your favorite protein shake. And you can make it any flavor you'd like.

Warm protein shake in mug, stir or use frother to stir in cocoa mix, fill mug with hot water stir (or froth) well. Top with whipped topping and caramel.. Enjoy!

Can we PLEASE not fall for that this year? Because the truth is, if you're not loving the old you, you're definitely not ready to love the new you either.

How about we normalize loving ourselves better instead of trying to change all that we think is wrong with us.

It is a new day--and a new year. And I'm living proof that change is possible. But it does not start with a diet. It starts with loving yourself where you are right now.

So instead of vowing to change all that is wrong, commit to loving yourself through every season of the transformation you're seeking--including where you are today.

My weight struggles have spanned the past three ...

My weight struggles have spanned the past three decades of my life.

I often find myself wondering what I could have accomplished if I hadn't waited so long. It's a painful thought, and left unchecked, it can turn into a death spiral of negative self-talk.

Instead, in those moments, what if we choose gratitude? If you opened your eyes this morning, you have another shot at it! Every choice you make is a chance to change your trajectory. Now if that's not something to be grateful for every day...I don't know what is!

So get out there today, and start rewriting your ending!

I call it my Happy Holiday Elixer...the gift that ...

I call it my Happy Holiday Elixer...the gift that keeps giving!

Handle your holidays with ease and grab you some. After all it's Buddy approved!

They say comparison is the thief of joy.

They say comparison is the thief of joy.

But used the right way it's your source of power.

Here are some easy practices to help you beat the comparison demon:

💜 Focus on what you've done, not what you still have to do, or haven't done yet.
💜 Practice gratitude daily.
💜 Cheer on and encourage others on similar journeys. Remember your story is someone else's inspiration.
💜 Take a break from social media.
💜 Compare yourself to YOU. Where are you thriving? Where could you stand some improvement? What did you do better today?

Finally, stop wishing, reading, and searching for a secret--from someone else's playbook to get the results you want. You know what to do, so get into action, get consistent, and fall in love with your own process.

In a year from now you won't care how long it took you to get as far as you did. You'll be proud of what you accomplished.

And even if there's more work to be done, you've set the foundation do it!

So no matter where you are, or how far you have to go, remember what Leo Tolstoy said, "the two most powerful warriors are patience and time."